A series of briefings by the Ethical Trading Initiative (ETI) and Anti-Slavery International that provide regular analysis and track progress in supply chain transparency.

Baroness Young of Hornsey has introduced a Private Members’ Bill in the House of Lords to strengthen and broaden the application of transparency in supply chains. Her Bill requires:

There are calls for a credible and independent central repository to host modern slavery statements. Centralisation would allow easy public scrutiny as well as highlight the efforts of responsible companies to map their supply chains, examine corporate systems and structures and conduct due diligence. But so far no repository meets the minimum criteria that ETI says are necessary. These include being independent, credible, transparent, freely accessible and robust. Discussions continue and ETI will update members soon.

2016 marks the 40th anniversary of the OECD Guidance for Multi-National Enterprises on businesses’ responsibilities towards communities and places that are impacted by their behaviour. With increased pressure to clean up supply chains, and with national regulatory frameworks moving from voluntary codes and guidance to legally binding instruments, it remains relevant; particularly the guidance related to footwear and apparel, agriculture and extractive sectors. 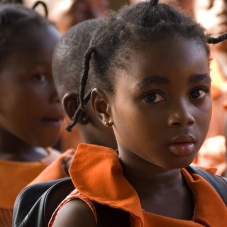 Two new reports based on research within cocoa growing communities written by Embode and commissioned by multinational food brand Mondelez International provide an insight into the ongoing challenge of ending child labour in Ghana and Cote d’Ivoire. The reports highlight the importance of proactive investigation and collaborative work, and a key recommendation is that child-centered approaches that integrate the viewpoint of the child, family and community should be adopted.

Business in the news

A lawsuit has been filed against California-based seafood importing companies for profiting from trafficked labour. Under the US Trafficking Victims Protection Act, victims can pursue a remedy against anyone who knowingly benefits from participation in a venture which that person knew or should have known was engaged in an act of trafficking or forced labour. The plaintiffs are Cambodian migrant seafood workers who paid high recruitment fees, had to work long hours and lived in unsanitary conditions. They also allege that they were prevented from returning home until they paid off fees, leaving them with no income and in debt once back in Cambodia.

In a landmark judgment the High Court found a British company liable for damages to victims of modern slavery. The civil case was brought by Lithuanian men trafficked to the UK, forced to work in degrading conditions and alleged to have been subject to threats and violence by their supervisors. The court found that the gangmaster, DJ Houghton Chicken Catching Services was liable for failure to pay the agricultural minimum wage, charging prohibited work-finding fees, for wage deducting and for failure to provide sanitary facilities. Workers were granted damages although compensation levels are still to be determined. The verdict establishes a significant precedent in that it determined that the workers’ direct supervisor was integral to the business operation of the company and hence the responsibility lay with the company and that blame could not be shifted to one individual. 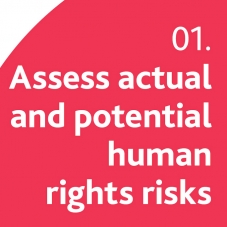 A new toolkit for businesses on addressing problems in their global supply chains, including modern slavery, was launched by Stronger Together initiative. It is geared towards the consumer goods industry and includes resources and training based on the UN Guiding Principles on Business and Human Rights framework. 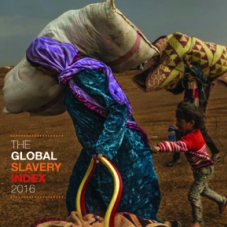 The latest Global Slavery Index estimates that over 45 million people globally are enslaved. This is a significant upward revision of the original 2013 estimate. While the Index has contributed to the global conversation it has not been without controversy, with some questioning its methodology. However important statistics are, they only give part of the picture. Understanding how and especially why slavery happens is key to developing the right responses.

In association with Anti-Slavery International