We know that vulnerable workers at risk of or subject to conditions of modern slavery have extremely low wages, long working hours, are subject to physical, mental and emotional abuse and risks, are victims of threat, deception, coercion, discriminatory attitudes and behaviours, and face many other personal challenges

If they are migrants (even within countries), their living conditions are poor, and many don’t speak the local language so cannot communicate with supervisors or other workers. Many don’t know their rights, are fearful of losing their jobs, and have precarious immigration status. They may be far away from home and isolated. They may not know who they can trust to share their grievances and where to go for advice. What are companies doing to address this?

Many of the companies that have become aware of the risks of modern slavery among migrant workers in their supply chains have focused on recruitment fees.  They see these as the clearest and strongest indicator of forced labour. They have adopted the Employer Pays Principle and have engaged with their suppliers to ensure that migrant workers are not paying exorbitant fees to secure their jobs. They have adopted policies relevant to migrant labour and recruitment, and have integrated these into their supplier codes of practice.

Importantly, some companies have taken action to engage with their suppliers, with the support of NGOs and trade unions to remediate workers for recruitment fees paid to free them from crippling debt bondage.

Many of these initiatives include tech platforms such as apps. The ITUC has developed a Tripadvisor-type platform which enables workers to rate labour recruiters, with the aim of rewarding better recruiters, and driving a race to the top.

Some companies have set up helplines, ‘worker voice’ initiatives and pre-departure awareness raising.

Companies have started to partner with third parties (often NGOs, auditing firms or consultancies) to establish hotlines that receive calls from migrant workers with complaints and conduct investigations. Some provide advice to workers and may mediate directly between workers and suppliers. In a number of cases, the more egregious cases will be escalated to the buyer, and they will be kept informed of actions to tackle problems. Pressure may be put on suppliers.

Some companies and international organisations have established partnerships with civil society organisations in countries of origin to provide training and awareness raising with migrant workers to make them aware of their rights, the risks they could face, and potential sources of support in host Some have focused on workers pre-departure - to help them become more informed about the risks as well as sources of support when they arrive in host countries. A number of apps and tools are also available that tell workers about their rights.

Migrant workers themselves have sought the support of migrant worker organisations for advice and support. Some have reached out to their embassies to help them out of abusive situations. There have been a handful of cases taken to court, but conviction rates are extremely low. Also, penalties are rarely imposed on companies. And there is even less likelihood that workers will receive compensation for lost earnings or harm caused by companies.

Automation and tech – promises and risks

Automation and Artificial Intelligence are emerging to replace risky jobs with machines. That is likely to generate problems and opportunities for workers. On the one hand, there will be fewer back-breaking, mind-numbing low-skilled manual labour jobs. But on the other, there is the potential for better jobs with skills and opportunities.

Increased transparency over the origin of products using blockchain and other tools can help with visibility in the supply chain but doesn’t necessarily deal with the bigger factors of business models, commercial and labour market dynamics.

But many of these are single issue responses. We need to tackle the challenges and risks posed by other labour rights deficits and adopt a systemic approach.

Recruitment fees are only part of the problem

Even if it was the main driver of modern slavery, no fee charging will not solve the problem. Because a migrant worker’s visa and right to stay and work in the host country is restricted in most countries. Even if they do not pay recruitment fees, they will not have the right to leave their job or the freedom to choose another employer.

Even when recruitment fees are paid back to the worker and they are no longer subject to debt bondage, they will not necessarily be protected from further abuse and exploitation. They may be desperate to keep their job or will be forced to leave as undocumented workers and seek jobs with employers willing to turn a blind eye to their informal immigration status. The quid pro quo is that undocumented workers will have no bargaining power over their wages, working hours or working conditions, and will not complain.

Companies do not have visibility of the most vulnerable workers

Companies are often several steps removed from workers in these situations. Some rely on third parties to act in good faith on their behalf to deal with these problems at local level. In the best cases, these are helpful and help to troubleshoot, mediate and resolve grievances and provide remedy.

A lack of transparency and scrutiny

There is not a great deal of transparency nor independent scrutiny in some of these initiatives that would enable us to assess their effectiveness or medium-term impact on workers. Confidentiality and non-disclosure agreements are prioritised to alleviate concerns that information could create reputational risks for the company, or be used by commercial competitors or other stakeholders to their own advantage. But in the worst cases, they create a false sense of security for companies who think that these initiatives will take care of their problems for them. They take their eye off the ball in high risk situations and fail to invest adequately in the internal system changes that will prevent these risks from arising.

Companies need proactive strategies based on continuous improvement, involving regular reviews of their policies, systems and partnerships. They also need to commission robust, independent evaluations of their initiatives and contributing to long-term sustainable change. 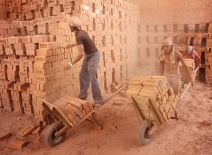 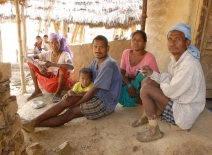 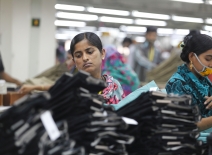 Modern slavery is a complex problem. There are no simple solutions. But we can learn some important lessons from studying what works and what doesn’t
Read more
Blog post

Audits are not the answer when it comes to tackling modern slavery, because it lurks in the dark parts of the supply chains that audits can’t reach. Cindy Berman, ETI’s Head of Modern Slavery, urges companies to make a genuine commitment to transparency
Read more